Before you read this, I'd just like to point out that this is DAY 17 without any nuclear power coming from San Onofre, and the lights are still on. I think maybe they need us more than we need them. 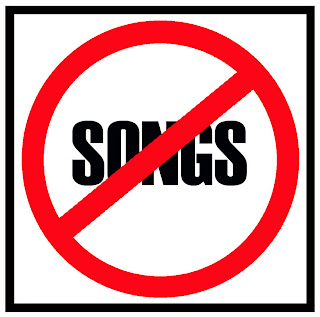 After coming so far on the issues surrounding nuclear power,  I am deeply disappointed that none of you took the time to even respond to our recent requests on this pressing topic. This Tuesday’s city council meeting has a light agenda and could have been the perfect opportunity to consider our concerns and come to some decision in your official capacity.

Our first request was to direct staff to look into having a Radiation Monitoring Station in San Clemente. Secondly, we wanted you to investigate the possibility of having an Epidemiological Study done to determine if there are any indications that we have an unusual number of health problems which might be related to radiation exposure. Thirdly, we simply wanted you to participate with us in our Fukushima Remembered event to honor those lost and still suffering from the devastating earthquake and tsunami of 3/11/11.

I can't understand why none of these requests measured up to the level of significance that might be worthy of your response. We currently are awaiting the news from Edison about how much radiation may have been released based on the extent of damage to the new generator tubes at San Onofre. France has recently released reports of higher incidences of cancer around nuclear power plants, especially amongst children. Japan continues to suffer the consequences of politicians and government agencies neglecting their responsibilities to consider public safety above the will of the industry. How is it that these revelations do not resonate in your hearts and minds when your public repeatedly brings them to your attention?

Again, we ask you to place these matters of great concern to many of the residents of San Clemente on your next agenda. Please find it within your fiduciary responsibility to act wisely and swiftly. Today there was a news report in Reuters where Japan's former Premier expressed how 3/11 changed his way of thinking about nuclear power.

Prime Minister Naoto Kan said, “The Fukushima crisis destroyed the myth that atomic energy is safe, cheap and clean and prompted Japan to scrap a plan to boost its share of electricity demand to more than half by 2030. While many technological measures can be taken to secure safety at nuclear power plants, such measures on their own cannot cover great risks," said Kan, sitting in front of a calligraphy scroll inscribed with the ancient Chinese proverb "Be Brave, But Not Reckless".

Kan's defenders say a key cause of his downfall was his call to wean Japan from nuclear power -- a stance popular with the public but opposed by many including politically powerful utilities.
(see full article here)

Respectfully yours,
Gary Headrick
Posted by Gary at 8:38 AM