PLEASE SHARE NO MATTER WHICH STATE YOU LIVE IN YOU CAN CALL & HELP US MAKE THIS REQUEST.ROSE invites you to join in this ACTION ALERT. 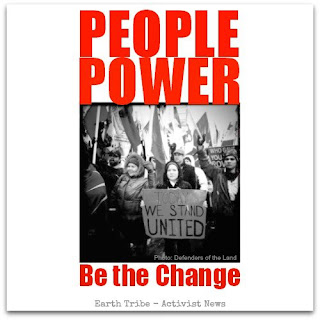 As a follow up to Sen. Boxer’s & Rep Markey’s excellent letters about the many problems and possible wrongdoing at Southern California Edison and the NRC, ROSE invites you to join this action alert.We believe that a call in and letter writing campaign to Sen Boxer and Rep Marky asking them to have the GAO investigate any possible wrongdoing by the NRC & SCE or plain negligence in regards to the new steam generators is in order and the best interest of the public.
Office of U.S. Senator Barbara Boxer
112 Hart Senate Office Building
Washington, D.C. 20510
202-224-3553
email http://boxer.senate.gov/en/contact/policycomments.cfm

GAO Contact
Frank Rusco
Director, Natural Resources and Environment
ruscof@gao.gov
202-512-3841
http://www.gao.gov/key_issues/federal_oversight_of_commercial_nuclear_power#t=4
Posted by We are all Part of the Earth at 1:51 PM No comments:

"Do you see over yonder, friend Sancho, [those] hulking giants? I intend to do battle with them and slay them . . .for this is a righteous war, and the removal of so foul a brood from off the face of the earth is a service God will bless."

"Take care, sir," cried Sancho. "Those over there are not giants, but windmills."
—Miguel de Cervantes, Don Quixote, 160

We wish these were windmills, read more @OCWeekly

Posted by Darin R. McClure at 9:01 AM No comments:

Together they describe (in technical detail) the current situation at San Onofre, along with what SCE, their experts and other public nuclear watchdogs are now saying about all the NRC RESTART QUESTIONS they have been told to answer:

snip:
The presentation by SCE, Mitsubishi and other experts to the NRC was very disappointing and disturbing to 8.4 million Southern Californians.  The presentation did not address U.S. Sen. Barbara Boxer and Congressman Edward J. Markey’s concerns expressed on February 6, 2013 in her letter to NRC Chairman McFarlane, “Southern California Edison was aware of problems with replacement steam generators at its San Onofre nuclear power plant but chose not to make fixes.

snip:
The structural integrity of SONGS degraded retainer bar system to withstand combined loads that result from postulated accident conditions events has not been demonstrated.


Friends of the Earth demands release of leaked report

Southern California Edison, operator of the San Onofre nuclear reactors, appears to have submitted false information to the Nuclear Regulatory Commission, Friends of the Earth charged today. The nuclear watchdog again demanded the release of a suppressed report that two senior members of Congress say shows Edison had prior knowledge of potential design flaws in replacement steam generators that failed after less than two years of service.


In a letter to the NRC’s Petition Review Board, Friends of the Earth said the report, as described by Senator Barbara Boxer (D-Calif.) and Representative Edward Markey (D-Mass.), contradicts Edison’s declarations to the Commission last month. The utility claimed it had no prior knowledge of deficiencies in the design of the generators until they failed in January 2012.


Details of the Mitsubishi Heavy Industries report were released last week by Sen. Boxer, Chairwoman of the Committee on Environment and Public Works. She did not release the report, but in a letter to the NRC she and Rep. Markey said Mitsubishi told Edison of potential problems with the new generators, but modifications to correct the design flaws were not adopted, as Edison wanted to avoid triggering an NRC license amendment process. This would have required a more thorough and public review of the replacement program.


Friends of the Earth also demanded that the Petition Review Board must consider the document in proceedings currently underway. The Review Board, in response to a petition from Friends of the Earth, is determining whether Edison improperly failed to apply for a license amendment before installing replacement steam generators of a radically different design than was permitted under the reactors’ operating license.


“The Mitsubishi document appears to confirm our case before the Petition Review Board,” said Kendra Ulrich, nuclear campaigner at Friends of the Earth. “Edison made radical design changes while representing the steam generators as a like for like exchange and then actively chose not to address critical safety issues in order to avoid the license amendment process. Now it appears it also submitted information that is patently false.

"The Mitsubishi report must be released immediately," said Ulrich. "The public has a right to know what Edison knew and when it knew it.”


Pressure is mounting daily for release of the document. On Friday, the NRC confirmed that it has opened an official investigation into the replacement steam generator case. Still, the Commission maintains that the Mitsubishi report is proprietary. In fact, it won’t even be on the agenda for the public meeting the NRC is holding tonight to discuss the experimental restart proposal.

"Open disclosure and discussion of this document is critical to the public’s understanding of this controversial restart plan," said Ulrich. "This is the same corporate actor that apparently gambled on safety in the past, and they are asking the NRC to allow them to do so again."


In an editorial Sunday, The Los Angeles Times rebuked the NRC for not releasing information the public needs, and noted that the Mitsubishi report could not only be decisive in the NRC’s proceedings but in the investigation of Edison by the California Public Utilities Board. The Times said:


Release the report so that ratepayers, who are paying the tab for the purchase of the steam generators, and the public, whose safety depends on responsible operation of the plant, can determine the truth . . . The NRC should make the document public, and soon. It might provide an important description of how Edison makes its safety decisions, and it could become a key aspect of the Public Utility Commission's inquiry into whether ratepayers should be forced to continue paying for the steam generators . . . What the public is entitled to is information about who knew what and when.


Click here to read the Friends of the Earth letter to the NRC Petition Review Board.

Click here for the Friends of the Earth petitions case.

If a picture is worth a thousand words,
then an animation is worth millions of words...

Salute to Ace Hoffman for posting this educational SanO animation:

SanO's Failed Replacement Steam Generators:
It could have been a lot worse!

His animation will help everyone visualize what is happening at San Onofre and better understand why it should not be restarted at any power level!

Learn more about Ace at his home page where you can even download his free book The Code Killers and/or visit his excellent blog site:

+ Don't forget tomorrow's NRC Public Meeting to discuss San Onofre's failed replacement steam generators that have not run in over a year yet we are all still paying over $54 Million a month to Edison! Note: the meeting will also be webcast (see link):

Tell the NRC what you think before it is too late!


Why should ratepayers pay $1.3 Billion for Edison's design debacle, instead of Edison shareholders?


Nuke Plants On Fault Lines In Tsunami Hazard Zones
That Have Exceeded Their Usefulness Should Be Closed. 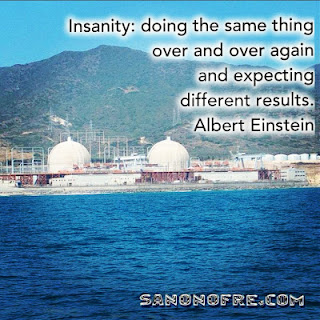 Will you stand up for California Feb 12?


We will be having a Rally/press conf at 4 pm, we hope as many of you that can will join us and stand up for Cal and our children. Rally will be in the parking lot.

Feb 12, next NRC meeting in SoCal (We need you with us) 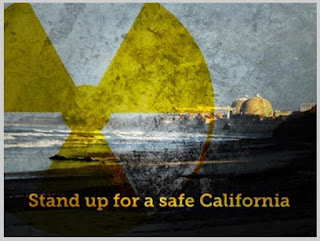 This meeting the NRC staff is expected to talk about the status of its inspection and technical evaluation of SCE’s response to the NRC Confirmatory Action Letter of March 27, concerning  actions required to be taken by the company to address steam generator tube degradation at the San Onofre nuclear plant. Meeting will be Feb 12 at 6 pm at the CAPO BEACH CHURCH: 25975 Domingo Ave. Capistrano Beach, CA 92624. 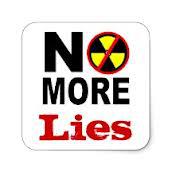 We need you with us in large numbers because this maybe the last public meeting before the NRC announces whether they will let SONGS restart unit #2. We need you and two or three of your friends.

Posted by We are all Part of the Earth at 2:45 PM No comments:


Fairewinds' Arnie Gundersen was interviewed on Russia Today to discuss Southern California Edison's "San Onofre" Power Plant. Arnie says, "The worst plant in the U.S. for evacuation plans, is San Onofre. When they built it in the fifties, no one was around it, but Southern California has grown dramatically. So it would be almost impossible to evacuate the area." Later on he discusses why, and what this could mean.

Posted by Darin R. McClure at 8:29 AM No comments: