The NRC Office of Nuclear Reactor Regulation has requested from Edison in a letter dated December 26, 2012, the following additional information (RAI #32): “Please clarify how the information submitted by SCE demonstrates: NRRRAI#32(1) that the structural integrity performance criterion in TS 5.5.2.11.b.1 is met for operation within current licensed limits up to the licensed Rated Thermal Power (RTP or 100% Power), or NRRRAI#32(2) provide an operational assessment that includes an evaluation of steam generator Tube-to-Tube Wear (TTW) for operation up to the RTP.”

Answer to NRRRAI#32(1): As shown in the linked Response to NRR RAI#32  - Technical, by operating the “Defectively Designed and Degraded” Unit 2 Replacement Steam Generators (RSGs), SCE CANNOT DEMONSTRATE [with all the World’s Expert’s Assistance - emphasis added] that ALL in-service RSGs tubes would retain structural integrity over the full range of normal operating conditions (including startup, operation in the power range, hot standby, cool down and all anticipated transients included in the design specification) and design basis accidents in accordance with SONGS Unit 2 Technical Specifications structural integrity performance criterion in TS 5.5.2.11.b.1.

Answer to NRRRAI#32(2): As shown in the linked Response to NRR RAI#32  - Technical, SCE CANNOT PROVIDE AN ACCEPTABLE OPERATIONAL  ASSESSMENT  TO  THE  NRR, which demonstrates that steam generator Tube-to-Tube Wear (TTW) for operation up to the RTP would not cause a tube leak in order to comply with Code of Federal Regulations, 10 CFR Part 50 Appendix A, General Design Criteria 14, “Reactor Coolant Pressure Boundary—shall have “an extremely low probability of abnormal leakage…and gross rupture.”

Southern California’s future is now in the hands of the NRR: As shown in this section, the SONGS RSG’s U-Tube bundle and Anti-vibration Bar Structures are not designed like Palo Verde RSGs to handle high steam flows, high velocities and to prevent the formation of highly localized steam dry-outs and TTW (FEI) for operation up to the RTP.  The “defectively designed and degraded” Unit 2 RSGs, if operated, will suffer additional radioactive tube leaks like SONGS Unit 3, Mihama Unit 2, North Ana, Indian Point 2 and Craus.  Therefore, SCE  CANNOT  PROVIDE AN  ACCEPTABLE  OPERATIONAL  ASSESSMENT  TO  THE  NRR, which demonstrates that steam generator Tube-to-Tube Wear (TTW) for operation up to the RTP would not cause a tube leak in order to comply with the  Code of Federal Regulations, 10 CFR Part 50 Appendix A, General Design Criteria 14, “Reactor Coolant Pressure Boundary—shall have “an extremely low probability of abnormal leakage…and gross rupture.”
...

1. Based on an in-depth review of the above listed documentation and direct observation of Plant Operators and SONGS Emergency Response Organization Performance, the DAB Safety Team agrees with Dr. Johan Hopenfeld’s published concerns and concludes that Operator Action is not feasible to stop a major nuclear accident in Unit 2 in the first 15 minutes of a MSLB, stuck open SG safety valve, Earthquake, cascading SG tube ruptures and or any other combination of Un-anticipated operational transients, during the proposed 5-month trial period of the already heavily damaged Unit 2 RSG’s at any power setting.

2. The Division of Operating Reactor Licensing, Office of Nuclear Reactor Regulation must now formally address Dr. Johan Hopenfeld’s published concerns, as mentioned in Response to NRR RAI#32  - Technical  in light of the eight RSG tube failures at SONGS at main steam line break testing conditions, and the cascading effect that these failures prove is a very serious safety issue, that reactor operators do not currently have the ability to control. which might result in significant risk impacts such as a nuclear meltdown. 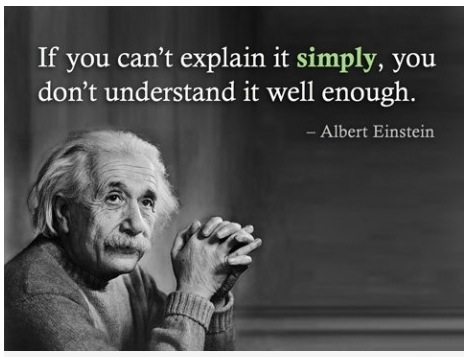 The DAB Safety Team and Other Experts wish to be invited to a Confidential NRR Meeting about SONGS’ severely damaged Replacement Steam Generators and other safety related problems, before any SONGS Unit 2 restart is granted by the NRC.

In the interest of the Health & Safety of Southern Californians, the DAB Safety Team’s Principal Investigator and Other Experts (Optional) wish to be invited to attend a Closed Door Confidential Meeting, Tuesday February 19, 2013 in Washington D.C., ideally to be held under oath, about SONGS’ severely damaged Replacement Steam Generators and other safety related problems, before any SONGS Unit 2 restart is granted by the NRC.

The following optional observers (OO) and/or participants (P) are encouraged to attend:

The DAB Safety Team has transmitted the above Request to the Chairman of the NRC, Offices of Nuclear Regulator Regulations, Atomic Safety Licensing Board and the NRC AIT Team Chief.  A list of Potential DAB Safety Team Experts/Attorneys and Agenda will follow pending acceptance of this invitation by the NRR.  Note: The DAB Safety Team is requesting this meeting in accordance with “NRC Public Meetings and Involvement”, which states, “The NRC considers public involvement in, and information about, our activities to be a cornerstone of strong, fair regulation of the nuclear industry.”