Please request the Coastal Commission to change it to the Newport Beach meeting.
The Coastal Commission needs to hear from more of you.
They are getting pressure from Edison to speed up yet another experiment in nuclear waste dump managment.
Send request for meeting change to joseph.street@coastal.ca.gov

These waivers are for major changes to the San Onofre spent fuel cooling systems, air cooling systems and the ocean discharge systems. These are very significant issues.

Please move the decision on the Southern California Edison Coastal Development Permit Waivers (9-15-0417-W and 9-15-0162-W) from the May 14 Santa Barbara meeting to the June Newport Beach meeting.

It will take over 4 hours to drive to Santa Barbara from San Diego and over 3 hours from South Orange county.  Given the length of time and starting time of the meeting, this is an undue hardship for the people most impacted by these decisions. There doesn't appear to be any significant reason or legal deadline to justify this hardship.

The Coastal Commission website states:
The Commission meets once a month in different locations of the State in order to facilitate public participation. Staff attempts, whenever possible, to schedule matters for hearings that will be relatively close to the location of a proposed development. However, legal deadlines for action may require that the hearing on an item take place in a different area than the proposed project.

We don't know which day in June the waivers will be addressed. They do not list them on the agenda.  I do know they will be under the section labeled as:

Even if you don't plan to speak at the meeting, we need you to show up or at least write for the delay of the meeting.  The Coastal Commission is our friend, but not if we don't express an interest.
Here's the link to meeting rules.
http://www.coastal.ca.gov/mtgcurr.html#meetingRules
It doesn't appear the chillers Edison proposes are "nuclear grade chillers".  The Coastal Commission was told they are "commercial grade chillers".  And as usual, the NRC is not doing their job. They don't plan to inspect until after the new systems are installed, so we cannot count of them to even review this new method of cooling spent fuel pools filled with hot fuel that can boil the water out, if the pools are not kept cool.
Using water chillers to cool spent pools appears to be another Edison experiment. In fact, We have found only one that used chillers and it had fuel that didn't need cooling.  Edison told the Coastal Commission that "chillers are commonly used in commercial industries" and that "spent fuel pool islands" have been used at nuclear plants.  However, these misleading statements don't mean that chillers are used for spent fuel pool island cooling.  We have asked both the NRC and Edison to provide me a list of nuclear spent fuel pools cooled with chillers. We do not have a response from either of them, even though we have requested this at the last CEP meeting.  We've followed up with Edison via email, but do not have a response yet.
Here's a document that talks about methods of cooling spent fuel pools as well as how to save water use at nuclear plants.  It does not list water chillers for cooling spent fuel pools, even for decommissioned plants.  It even has information about Diablo Canyon and Palo Verde cooling systems and water use.

While many of us have been busy focusing on the host of problems we face because of San Onofre,  there is one very important issue we are neglecting: the immanent pending decision of the NRC on whether to fund the Natioinal Academy of Sciences (NAS) cancer streak study in this area.  The NAS sent their Phase 2 proposal to the NRC back in January and the NRC is dragging its feet on whether to approve it.  Many think that the NRC does not want this study done because of the possibility of revealing that the radioactive releases Edison has been doing into the ocean and into our atmosphere for the last half century may have a significant toll on our health.

The NAS study will focus particularly on women and children who are the most vulnerable.  If you have lived within 31 miles (50 km) of the plant and had children since the 1980s, you will be part of the study.  As you know, nuclear power plants are known emitters of beta and gamma radiation which can easily penetrate your home and your body and rearrange cell DNA which might result in cancer after years or decades of exposure.

There is Congressional oversight on this,  but the NRC has played down this investigation and more public pressure is needed to get this study funded.  Even though San Onofre is “closed,” we know that considerable emissions will continue to take place during the coming decades of decommissioning.  They will continue to be discharging up to 36 radionuclides into the giant 18 ft pipes into the ocean (at a rate up to a million gallons per minutes with some discharges lasting 25 hours).  Since 1990, the NRC has relied totally on an old and now discredited study by the National Cancer Institute which performed a heavily flawed study that failed to find a cancer effect.  The NRC and the nuclear industry like this study and they routinely (and mistakenly) say it proves that radiation is harmless to people living near NPP.

There are two key people in Congress who are actively concerned about this. They are in a position to put pressure on the NRC to fund the study.  They are our own Sen. Boxer and Massachusetts Senator Markey.  Please write to both of them, perhaps both a written letter and an email (and call them).  It is not necessary to sound like a nuclear physicist and cite the details.  Just express your concern as a resident, and ask them to please contact the NRC and help get this study funded.

Many thanks!
Roger Johnson 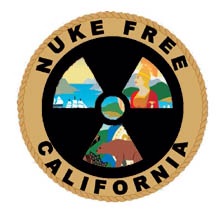