The DAB Safety Team is thankful to numerous anonymous concerned SONGS Workers, who have provided factual information in the interest of the Public Safety to us so that we could arrive at these “Reasonable Conclusions” regarding SONGS Replacement Steam Generators Degradation.  We acknowledge Fairewinds Energy Association, Professor Daniel Hirsch, Friends of the Earth, San Clemente Green, Media, News Papers and the SD Reader, whose material has contributed to the successful completion of this document.
NOTE: These Preliminary Conclusions are subject to change upon receipt of Southern California Edison's (SCE) SONGS Unit 2 Restart Plan and Mitsubishi Heavy Industries (MHI) Root Cause Evaluation.


If SONGS Unit 2 is allowed to operate at reduced power, an Un-isolable main steam line break accident can occur at any time, due to a postulated design basis earthquake and/or any other associated failure.  Due to this event, the depressurization of the steam generator caused by the steam line break coupled with the excessive vibrations due high differential pressure (> 2250 psi), high reactor coolant water temperature inside the tubes, the compact space between the SONGS U-Tube Bundle and the moisture separators (compared with other Mitsubishi Steam Generators) and the steam over-pressurization would cause the elastic deformation (NRC AIT Report, Mitsubishi Preliminary Cause Evaluation) of the taller U-tube bundle due to increased U-tube bundle height, high localized steam-voids or dry-outs (two-phase mist region, almost devoid of water in undefined central portion of the U-tube bundle above the 7th support plate) and narrow-pitch/tube diameter ratio.  This unanalyzed and rare phenomena not experienced in the Steam Generators operating history, in turn, would cause the onset of fluid elastic instability conditions due to the 100% localized steam voids in the central portion of U-Tube bundle above the 7th Support Plate.  The fluid elastic instability conditions would result in further lowering the already low in-plane tube clearances (Attributed to unanalyzed effects because of addition of more tubes to achieve more thermal MWt out of the SGs). The combination of these factors along with a poorly designed anti-vibration support structure [low damping capability of the support structure (i.e., the tube support plates, the tube-sheet, and the anti-vibration bars)] would result in excessive and violent vibrations, cause tubes to hit each other in the in-plane direction, result in leaking tubes, which would cause high-pressure primary sub-cooled water jets.  These high-pressure jets would cut holes into other already worn tubes and create undetermined number of cascading tube ruptures.

The cumulative effects of the above conditions along with the unanalyzed effects of plugged and staked tubes would rupture other damaged, plugged, staked and worn tubes.  The amount of leaking reactor coolant through these ruptured tube cuts is beyond the analyzed limits of a SONGS UFSAR Analysis [Three combined independent events loads (DBE + MSLB + LOCA)] that would be released via the blowing radioactive steam carrying Un-partitioned reactor coolant from the Un-isolated steam generator into the environment.  This uncontrolled radiological accident would release significant amounts of radiation, which could adversely affect the health and safety of all Southern Californian residents plus the transient population within the 10-mile Emergency Planning Zone.   We believe that this scenario can also progress into a nuclear meltdown of the reactor due to potential errors by plant operators unable to diagnose and control rapidly changing plant conditions due to the confusion caused by the non-user friendly and complex, abnormal, emergency operating and emergency plan implementing procedures.

This scenario is a departure from a method of evaluation described in the UFSAR used in establishing the SONGS design bases or in the safety analyses and requires a NRC 50.90 License Amendment before SONGS Unit 2 or 3 can be allowed to restart.  A permission by NRC for SONGS restart of either Unit 2 or 3 without the 50.90 License Amendment would be construed as: (1) Repeat violation of NRC 50.90 License Amendment Process by SCE, (2) Violation of SCE’s Overriding Obligation to protect the health and safety of Southern Californians from radiological accidents, and (3) Inconsistent with the NRC's long history of commitment, transparency, participation, and collaboration with the public's oversight of Nuclear Reactor regulatory activities.

San Onofre Shut Down For Good

San Onofre Nuke Questions That Need To Be Answered By The Nuclear Regulatory Commission (NRC) Prior To The Upcoming Oct. 9, 2012 Meeting


Here are some questions for the Public and MSM Reporters to ask the NRC prior to the Public Meeting scheduled about restarting San Onofre on Oct. 9, 2012: 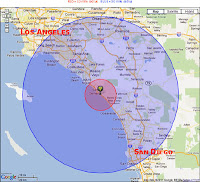 ACTION ALERT: ACT NOW & share this with your friends. We need hundreds of emails in their inbox Monday morning (use your gmail to get your email to them if you have one), and hundreds on calls Monday morning. Call Sen Boxer, NRC MacFarlane, NRC Elmo Collins. The last call I had with the NRC today they didn't seem to be moving yet. But with calls on Monday and emails boxes full it could turn the tide next week.


Very suspect timing. SCE files for restart of unit 2 on October 5. But because of the weekend & Columbus Day the report won't reach anyone in the NRC until Tuesday, October 9 the day of our next meeting w/NRC which means they won't have read it, so they won't discuss it at the October 9 meeting. Which is of course what we all want to talk about. Does anyone think this timing was a coincidence?

NRC rents a building for almost $24,000 to have a public meeting about the many problems at San Onofre Generating Waste Station when we have given them leads on two buildings for rent for 1 day under $500 with all the needed facilities. But at the St. Regis Monarch Beach Hotel they want us to pay $10 for velet parking, which will easily make the hotel another 5 to $6000.

If you agree with many of us that a $10 parking fee is unfair for our many senior citizens & other who want to come to this meeting about public safety but will be unable to attend because of this, join us in writing a email or calling both: Chairman Allison M. Macfarlane, Chairman@nrc.gov or Tel: 301-415-1750
Elmo Collins Elmo.Collins@nrc.gov or Tel: 817-200-1225
Sen Boxer Tel: 202-224-3553
and demand they pay for the parking no matter what the cost as part of their rental fee. After all either way it is the taxpayer & ratepayers money.
Posted by We are all Part of the Earth at 8:22 AM No comments: