Many problems at SONGS and in our community


There is a very serious problem going on at San Onofre Nuclear Waste Generating Station but all we hear from SCE & NRC is the same old story they always say "everything is safe, very little if any radioactivity was released,"you will be fine continue to shop". But the fact is the only people monarchy the release of radioactivity is SCE and they will not release the information to the public. So we the citizens of San Clemente have no idea how much was released & for how long. All of these things affect the quality of life for those of us in our beautiful seaside community-health and property values.

What we the citizens of San Clemente want to know is, where is the monitoring system in real time so we know what was released and for how long. SCE knows but will not release the information, at Residents Organized for a Safe Environment (ROSE) & San Onofre Safety (SOS) & Nuclear Free California (NFC) where is the monitoring system that the citizens deserve after living next to SONGS periodically releasing highly radioactive materials on an ongoing basis all of these years? Why hasn't the city of San Clemente, Orange County government and the state of California seen fit to monitor the ongoing release of radioactivity from this plant? Why isn't there an epidemiology study to find out what the effect of these many releases over the years done to our community? Are the city officials & county government officials an the state of California and the NRC not aware of the recent study around France's nuclear power plants found a alarmingly high rate of childhood leukemia within a 25 mile radius?

Finally it is time for a change, it is time for the STATES to QUESTION the AUTHORITY of the NRC and its supremacy of all things nuclear. It is not 1950 any longer the states and the citizens themselves are now much better informed about the effects of living with radiation, asked the people of Chernobyl and Fukushima Japan.
http://residentsorganizedforasafeenvironment.wordpress.com/ 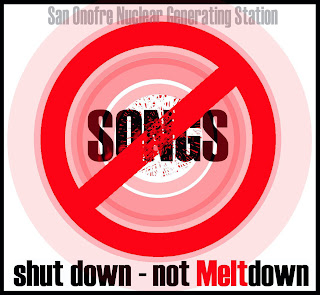