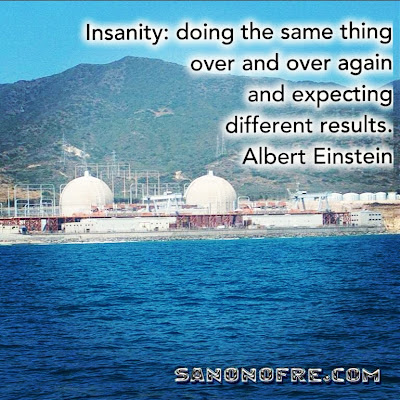 The most common wind direction for most of the year was North (Orange County) except in the spring (April-June) when it was to the south (San Diego County).

In 2012, there were 29 incidents of effluent monitoring instruments being out of service for more than 30 days. In 2013 there were 22 such incidents.

It is interesting to examine NRC documents on batch releases after the reactors were shut down (Jan., 2012) compared to when they were in full operation.  There were 3 batch releases of gaseous effluents in when Units 2 and 3 were in operation in 2011 (total 44.2 hours).  In 2012 (after it was shut down) there were 6 such releases totaling 43.1 hours.

The NRC claims that it cannot afford the $8 million to carry out the cancer study proposed by the National Academy of Sciences.  For 2016, the NRC has requested $1.032  billion of which 90% will be paid for by the nuclear industry it is supposed to be regulating.  The NRC spends $25 million/year on travel expenses.  In 2015, the nuclear industry gave the NRC $43 million for "outreach" and "policy support."


Ask your local representative to tell the NRC,
BRING BACK THE CANCER STUDY!
&
"NO effluent releases at any time in cases of effluent monitoring instrument failure" 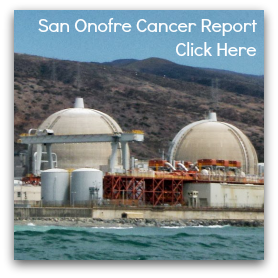