SCE’s PR Machine Is Capable Of Overcoming ALL Hurdles,
Except Good Science And Safety 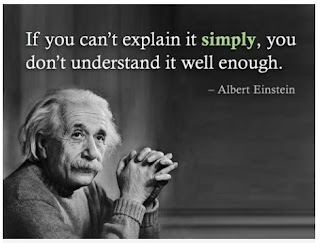 Albert Einstein also described INSANITY as
Doing the same thing over and over again and expecting different results.

To add to Arnie Gundersen’s and John Large’s Technical Affidavits, DAB Safety Team’s investigation reveals that in the process of this “money-hungry experiment”, lower steam pressures in combination with other unapproved and unanalyzed design changes destroyed Unit 3 due to Fluid Elasticity Instability (FEI). SCE and NRC AIT Team both blamed Unit 3 FEI on botched up MHI Computer Modeling and insufficient tube-to-AVB gaps. AREVA, Westinghouse, John Large and the DAB Safety Team findings dispute these statements. The NRC Augmented Inspection Team and the NRR Panel have swept the DAB Safety Team Findings consistently under the rug, in what must be now labeled as a Gov’t cover-up!

The NRC keeps issuing both controversial and conflicting press statements that a decision to allow the restart of Unit 2 could come as early as March 2013.  According to SONGS anonymous insiders, Edison officials have announced in internal SONGS Staff Meetings that a restart decision is imminent in March despite the huge public outcry about safety problems by SCE.  Press reports as of January 14, 2013 state, “Small steps are being taken to prepare for possibly restarting the troubled San Onofre nuclear power plant, even as its future remains clouded with uncertainty, officials said Monday. Nuclear Regulatory Commission senior inspector Greg Warnick said Monday that the agency is beginning to prepare a detailed plan of what would need to be done to bring the plant safely back to service.” (SOURCE: CBS Los Angeles, Associated Press)

NRC’s enforcement history, drama and pre-rehearsed tough questions, press reports, casual relationship and/or protection of SCE officials and utility biased public meetings are just old and cheap regulatory tricks that are now being used to protect the NRC’s own public image and to fool the public into believing that the NRC is really concerned about public safety regarding SCE’s Restart Plan.  The Justice Department & NRR Officials need to set up a legal/technical taskforce to publically question Edison’s design and MHI Engineer’s listed below under oath regarding their:

Any NRC decision to grant a restart of Unit 2 without a formal 50.90 licensing review along with public participation will be seen as an invitation to risk a Fukushima-type disaster happening in Southern California.