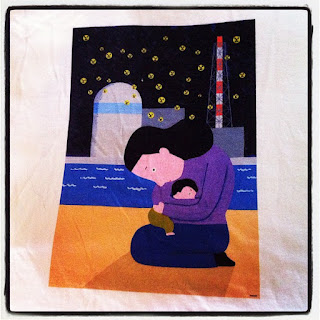 Representatives of more than 25 anti-nuclear activist and energy sustainability organizations gathered in San Clemente, California on Sunday, May 27, to discuss strategy and plan actions against nuclear power operations in California and to promote renewable energy sources and energy efficiency solutions. The coalition, meeting for the fifth time since Fukushima, is determined to continue the fight to stop San Onofre from operating this summer and beyond, with the understanding that excess energy already exists in the state to cover our needs.

Key among the issues discussed were the problems at the San Onofre nuclear power facility near San Clemente, which has been shut down since January 31 because of ongoing problems with the steam generators and safety issues. Other San Onofre issues include the facility having the worst safety record in the US, being located in an active earthquake/tsunami zone, lack of safe long term storage for high level nuclear waste, and no realistic evacuation plan.
A growing network of independent crowd-source radiation monitoring by concerned citizens around the state is being implemented to counteract the ongoing lack of information provided by California utilities about radiation levels. Gene Stone of Residents Organized for a Safe Environment, a San Clemente-area group, said, “Our work together is strengthening our bond and reinforcing our determination to see this issue through to end nuclear power in California once and for all, and make this state embrace the 21st Century solutions of clean, safe, renewable energy.”
The activists, who came from locations from San Francisco to San Diego, heard from Barbara George of Women’s Energy Matters a detailed breakdown on the opportunity for local communities to wrest control of their energy supply from the large utilities. Opportunities do exist for local cities to take control of their local energy supply and end the dominance of the major utilities: Southern California Edison, Pacific Gas & Electric, and San Diego Gas & Electric.
Future plans by the network include: stepping up efforts against San Onofre, hosting visitors from Japan traveling throughout California to raise awareness of the ongoing Fukushima nuclear disaster, and building alliances with national and international environmental groups.
The statewide meeting was hosted by Residents Organized for a Safe Environment, and the Peace Resource Center of San Diego, Friends of the Earth.

Posted on May 27, 2012 by residentsorganizedforasafeenvironment
FOR IMMEDIATE RELEASE: May 27, 2012
CONTACT:
Gene Stone, Residents Organized for a Safe Environment — 949-233-7724
Carol Jahnkow, San Diego Peace Resource Center – 760-390-0775
STATEWIDE NUCLEAR SUMMIT
GAINS ENERGY IN THE FIGHT FOR NUCLEAR SANITY
Posted by We are all Part of the Earth at 5:58 PM