Spent fuel rods. Sounds pretty harmless. Sounds spent, as in used up, depleted, empty. But what I learned at the SONGS Open House on Tuesday August 15 at the San Clemente Community Center was that "spent" fuel rods are anything but harmless. 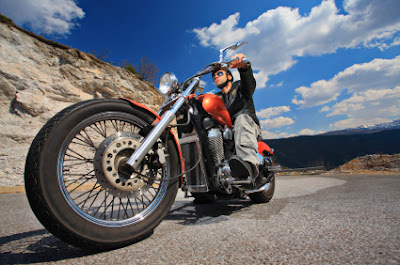 Fuel rods prior to the nuclear fission process are filled with uranium pellets. These rods are mildly radioactive and holding a rod for a short period of time will only result in a very low exposure. After the rods have been "spent" they become highly toxic and highly radioactive upon their removal from the reactor.

Let's illustrate how toxic. According to David Brower if you were to ride a motorcycle by a "spent" fuel rod at 90 miles per hour you would receive a lethal dose of radiation and be dead within three days.

And we have lots of spent fuel.

Is that clean?
Is that safe?

Because that means this waste also has to be kept safe for 300,000.

Safe from contaminating the environment.
Safe from human error.
Safe from terrorists.
Safe from natural disasters.
Safe from aging facilities.
Safe through changes in government.

What is the true cost in carbon and cash for keeping this spent fuel safe?

Email ThisBlogThis!Share to TwitterShare to FacebookShare to Pinterest
Labels: spent-fuel