The likely state of Fukushima Daiichi 1
via NHK / November 30, 2011 /
The operator of the damaged Fukushima Daiichi nuclear power plant has announced the results of an analysis on the state of melted fuel in the plant’s Number 1 unit.
The Tokyo Electric Power Company, or TEPCO, and several research institutes made public their analyses on the melting of fuel rods at 3 of the plant’s units at a government-sponsored study meeting on Wednesday. The analyses were based on temperatures, amounts of cooling water and other data.
TEPCO said that in the worse case, all fuel rods in the plant’s Number 1 reactor may have melted and dropped through its bottom into a containment vessel. The bottom of the vessel is concrete covered with a steel plate.
The utility said the fuel may have eroded the bottom to a depth of 65 centimeters. The thinnest part of the section is only 37 centimeters thick.
TEPCO also said as much as 57 percent of the fuel in the plant’s Number 2 reactor and 63 percent in the Number 3 reactor may have melted, and that some of the melted fuel may have fallen through reactor vessels.
RELATED:
US media only mentions report about melt-through at Reactor No. 1, not melt-outs at No. 2 and 3 – ENEnews.com
New analysis of Fukushima core status – World Nuclear News
Melted nuclear fuel eroded reactor container by up to 65 cm: TEPCO – Daily Mainichi
Study Shows Deeper Meltdown at Japan Nuke Reactor – ABC News
Tepco Details Nuclear Fuel Damage – Wall Street Journal 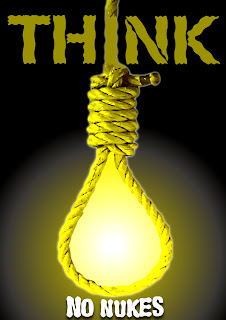